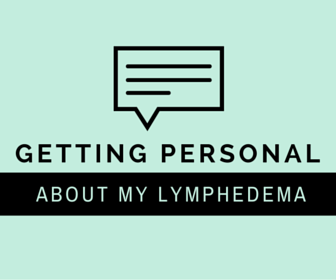 Hey, all. Living with this disease has not been easy. Growing up, I always knew one of my legs was bigger than the other – we just didn’t have a name for it yet. I wasn’t diagnosed until my sophomore or junior year of high school, when one of my mother’s friends came over. She was a plastic surgeon who was going to look at my leg to see if I could get reconstructive surgery. As soon as she saw it, however, she said surgery wouldn’t help, because it seemed that I had lymphedema. My pediatrician never recognized it as lymphedema and was actually surprised when I proposed it. She had no real idea of what to do about it.

I was teased because of my condition. In middle school, girls told me I had a “cankle,” and that it meant that I was fat. In high school, people would sometimes point it out and ask questions or make fun, and it killed my self esteem. I became obsessive, checking how my leg looked in the mirror the way most teenage girls will check out their butt or stomach. I felt ugly and worthless. I would often break down in tears before school or before going out at night, because I thought I looked terrible and my right leg was huge compared to my left one. I felt I was unlovable and undesirable, simply disgusting. I developed an eating disorder in hopes that, if I lost weight, the ankle would lose weight, too. Obviously, this didn’t work, but that’s a whole ‘nother story..

I was really resentful of myself for a long time, feeling especially hopeless because there’s no real cure and it actually gets worse over time. I saw those people on Discovery Health with elephantitis, and I would become so afraid. I didn’t want to become that – I still don’t! However, I’ve educated myself about it and how to take care of my lymphedema so that it doesn’t become out of control. I know a lot more now than I did in the beginning, and that’s made so much of a difference in the way that I see myself.

I’m told that I’m lucky because my lymphedema is pretty mild compared to that of others. “I barely notice it,” people have said, “I wouldn’t have seen it unless you pointed it out.” No matter how many times people have said these things, though, it can never take away the underlying frustration and loneliness. One of the worst things of having lymphedema, is feeling that there is no one my age to talk to about it.

So this blog is my efforts to reach out to people – of all ages! – to share their experiences or even just feel a little less lonely with their disease. I am so much more than my disease, and you are, too.

3 comments on “Getting Personal”

Alexa Ercolano is a writer, book hoarder, and cat enthusiast from Baltimore, MD. By day, she works in marketing and communications; by night, she runs The Lymphie Life.

Listen to the Lymphie Life

Happy (belated) #GlobalBellyLaughDay! 😄
🎉 2022 ended with a bang for the lymphedema community: After a twelve-year effort, the @lymphedematreatmentact was finally passed into law!
Keep moving forward. 💙
What a way to start the day: Brunch in Baltimore with my dear mentor and friend, Brenda! 🥰
No, I'm not about to record a lymphie pop anthem nor a diss track about the lack of education around the lymphatic system... although those aren't bad ideas!! 🎙️🤪
Happy New Year! 💙💬 We keep our lymphedema limbs elevated - why not elevate our words, too?
From Colorado to Italy to Cleveland, Ohio - 2022 took me and my lymphedema to all sorts of places, with all sorts of people. Staying grateful and elevated into 2023 💙
LYMPHIES SUPPORTING LYMPHIES 💙🩹 It's easy to feel alone living with lymphedema, and even more so around the holiday season. Please know that no matter where you are around the world, you are supported!
Instagram vs. Reality, Post-holiday Lymphie edition 😄🎄 (you know I gotta stay elevated!!)